Fortnite for a Game Truck party?

At the moment the single most common question I get on having Game Truck parties is, ‘can we play Fortnite?’

Fortnite (especially its iconic Battle Royale mode) is definitely the hottest game out at the moment, and we’ll review it soon to explore why this is the case. But when it comes to playing it in the Game Truck, unfortunately the answer is no, and there a couple of good reasons for this – but we do have other equally awesome options! 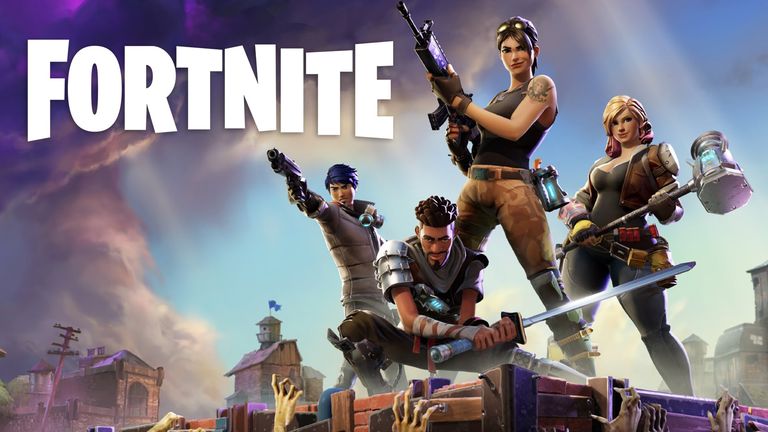 The art design is one of the most appealing aspects of the game for many younger players.

One of the main reasons we don’t have Fortnite in the Truck is that it is online-only. To begin with, our consoles aren’t connected to the internet, because mobile broadband is still too expensive to run from the Truck, especially for four separate consoles. With that number of devices reliability may also become an issue, and the last thing we want is lag, dropouts, or connection quality issues in the middle of the best gaming party ever. The other financial challenge is that to have multiplayer we would need four separate Xbox Live Gold accounts – the parents out there know what an ongoing financial drain that is, and we just don’t want to increase our prices for a product that is really only for a small number of customers.

Next, Fortnite doesn’t have what we call ‘split-screen co-op’, where up to four players can play on the same screen. This is part of our signature epic gaming party experience, where up to sixteen players can all game at the same time. In effect you would have one player on each console playing at time, and all the rest waiting for their turn. That just doesn’t seem like much fun, especially for us when managing the roster of who gets to play and when!

The other problem (which is actually more significant) is that having games online really changes what the Game Truck experience is about. It moves from a ‘couch co-op’, face-to-face party mode of gaming to online multiplayer. Apart from the fact that this is what many young gamers already do a lot of, for a business this introduces a significant risk – we just don’t have the resources to monitor online interactions to the extent that a parent may be able to in the security of their own home. We have always been about safety first, and this applies to online safety too.

The idea of the Game Truck is that kids get a completely different experience of gaming than what they do when they are at home – live, face-to-face, in-person, rather than more isolated and in online multiplayer. Don’t get me wrong, I love online multiplayer (I’ve racked up about 230 hours on Overwatch!) but we want to provide the kind of gaming experience we had growing up, where you share the experience with your friends in a live environment that is moderated and supervised directly by an adult who loves gaming and wants everyone to have a great time.

So what are the options for a Fortnite fan who wants a Game Truck party? Well, if age-based game ratings aren’t an issue and all parents are happy to consent to M or M15+ games, the go-to option is Halo 4. This has the same kind of shooter-based mechanic as Fortnite, and via System Link the Xbox 360  allows up to 16 players to play in the same game. It doesn’t have quite the same ‘Battle Royale’ mechanics as Fortnite, but being able to play with so many friends in the same game at once is definitely worth it.

In addition to Halo, there is Call of Duty Black Ops II and III – these are a little more mature in content and a little less flexible on the number of people who can play at once, but gamers often love the competitive multiplayer mode or cooperative ‘Zombies’ mode. While Minecraft is always an option, at this age sometimes gamers are getting a little bit past it, so there are many other options including Rocket League, Trials Fusion, and FIFA 15.

We certainly wish we could offer a game as popular as Fortnite in the Truck, but to be honest it just doesn’t fit what we are all about. That said, we can confidently say we have a 100% satisfaction rate with both parents and kids, because there are plenty of other options for kids to have the ‘best party ever!’ in the Game Truck.

If you’re considering whether a Game Truck party is for you or not, just email chad@gametruckaustralia.com.au or call Chad on 0433 318 001. Check out our Facebook reviews!

Got any questions about what games we play in the Truck? Just ask and we’ll write a post for you!

No Replies to "Fortnite for a Game Truck party?"